One for Noah, One for Riley

Hi Guys, thanks for all the studio love! I really love it myself as well. It's just nice because it's the one spot in the house where I can have free reign to hang what I like, etc. While I do have most of the influence in the rest of the house, there are just some things that Jason would never allow me to put out there (dolls, doll furniture, anything pink!)... 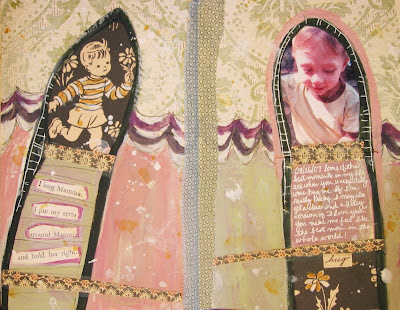 I've done a couple spreads in the boys' books this past week. I try to alternate with them, doing one in Riley's book, then one in Noah's. Riley's spread is about those rare, wonderful moments when he surprises me by coming up and giving me a hug. Those hugs immediately erase all of the "terrible two" moments that are coming more and more frequently these days! 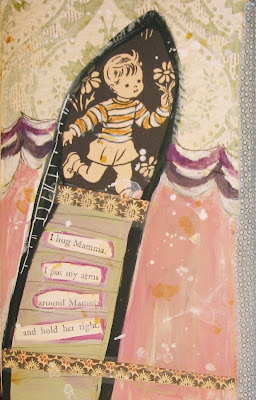 You may notice that I don't have a photo of him actually hugging me. As I said, he always does it when I'm least expecting it, so I've never been lucky enough to get a shot of him! So I figured just a sweet photo expressed the sentiment just as well... 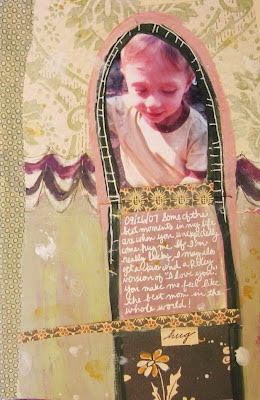 Then, Noah's spread is about a trip we took to the fire station a couple weeks ago. My sister is a graphic designer who is doing some work for the fire department's community day. So we packed up the kids (she's got two, and I've got two) and headed over to shoot some cute photos for a poster. 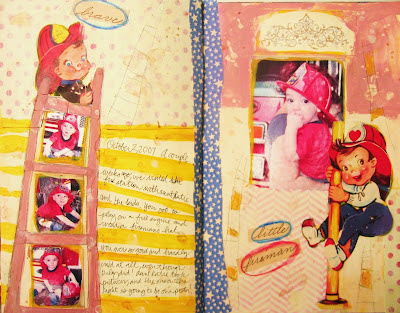 Not really as easy as it sounds, since Riley's going through a stage where he's terrified of strangers, and her little boy isn't that much better! Lots of crying and clinging to Mama was involved, but she did get some cute shots of her daughter and of Noah. One of the shots of Noah is going to appear on the poster, which will be fun. 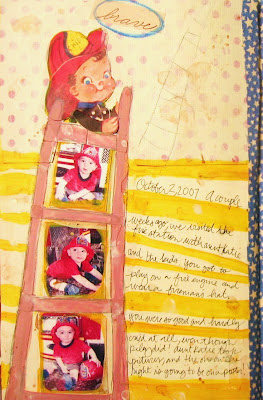 Strangely enough, a few days after this trip, I was looking on ebay and came across these little fireman valentine images. They could not have been more perfect! They look just like Noah in his little hat! 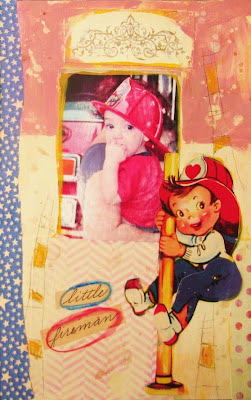 That's it for now! There are still a few signed copies of my book left, as well as the ephemera packs.... let me know if anyone's interested!

So Darling! I esp love those pale smoky colors in the first two pix :)

Corey: I just ordered your book from Amazon...it's shipping now! Can't wait to get it! It's been one of those I've really anticipated...