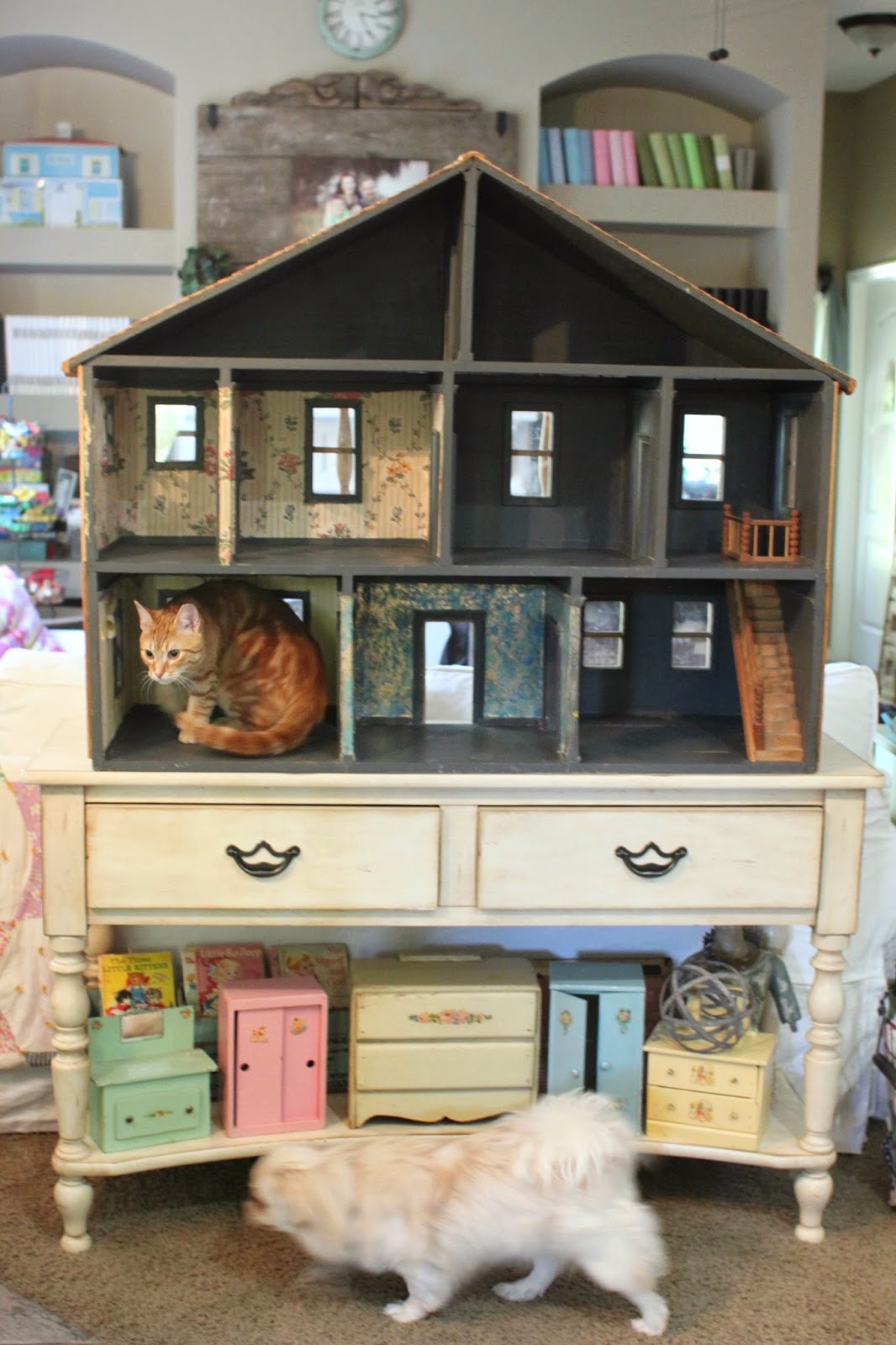 (Sung to the tune of Taylor Swift's "Blank Space")
Got a long list of old dollhouses,
Hubby says that I'm insane.
I've got no more blank space, baby.
So I hang my head in shame...
So, yeah, here's another one.  Although I've got other dollhouses that I haven't shown you yet, none compare to this huge monster of a house that I picked up this weekend! 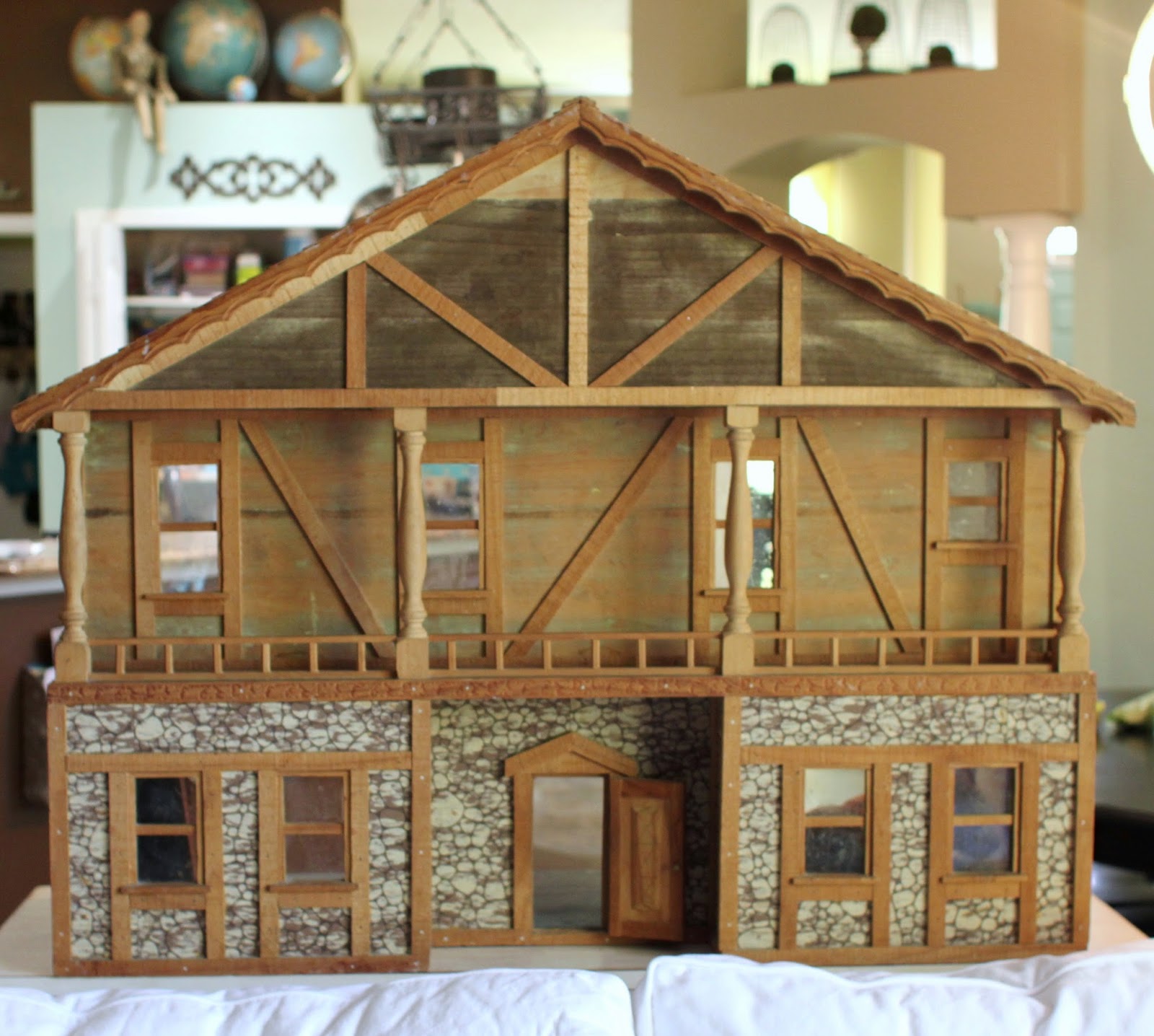 It had been up on Ebay for several weeks, and I'd been eyeing it.  I'm sort of obsessed with larger scale dollhouse furniture lately, and this house is larger scale, obviously.  It was "pick up only" in Orlando, and we had a trip planned there for the weekend.  I told myself that if it was still available, I'd buy it.  Well, guess what?  It was still available! 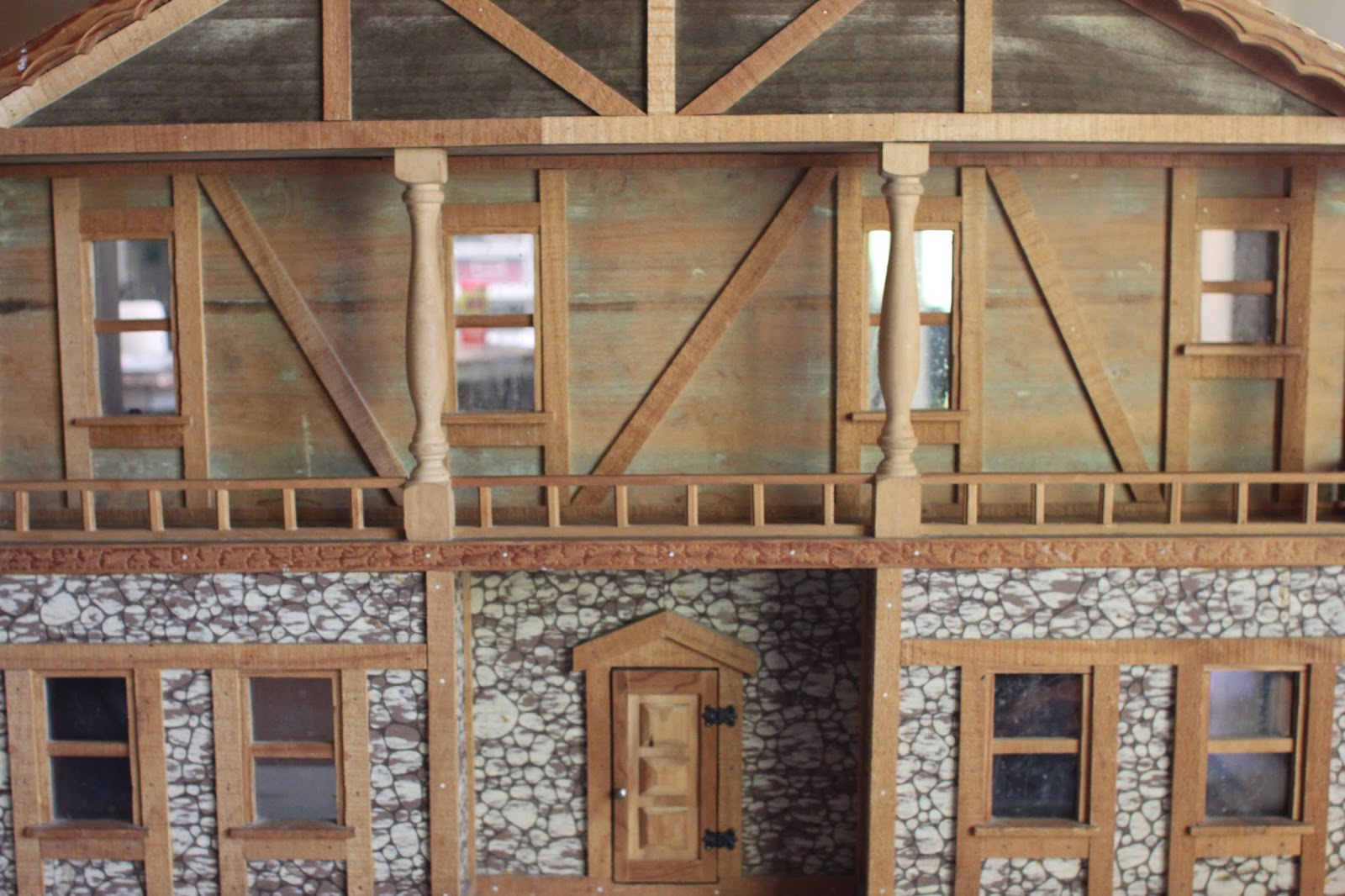 It was made in 1973 for a little girl's 1st birthday.  Coincidentally, my first birthday was in 1973 as well, so I took that as a sort of sign- ha ha!
As you can see, it is pretty unfinished, so I'm looking forward to painting and decorating it.  In fact, I've already ordered some vintage wallpaper for some of the rooms! 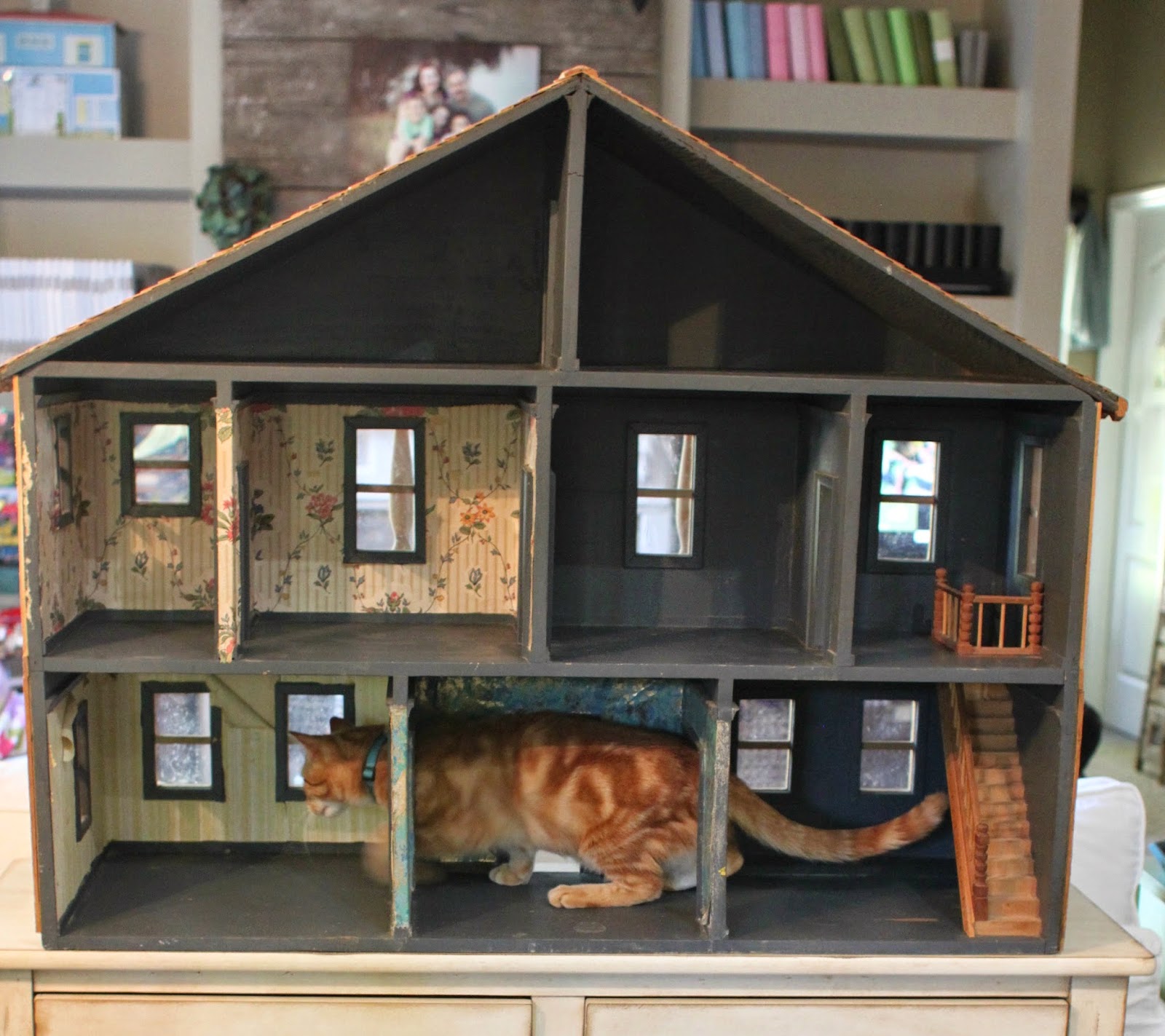 I have no idea where I'm going to put it.  Although it fits on this sofa table, I don't think Hubby is going to let it stay here, as it blocks the view of the TV from the kitchen (not acceptable!!).  So we will see.  I am truly lucky to have a husband who allows this kind of insanity from me, and rarely does more than roll his eyes when I tell him I found a new dollhouse!  Very lucky indeed!
I will keep you updated on it's progress!
(As you can see, Otis acted as house inspector once we brought it home.  His inspection report stated, "Although the house is in minor disrepair, it has very good bones, so I give it two paws up!")
Posted by Corey at 5:45 AM

Yeah Corey,
Another dollhouse!! can we ever get too many? hehe! I'm lucky also that my husband not only indulges this whole dollhouse obsession thing, but he actually started it, by buying me my first one as an anniversary gift- his idea!
Of course I'm sure he had no idea what a monster he was creating, haha, oh well he's had plenty of time to realize his mistake ;-)
Can't wait to see what you do with it! Blessings to you
Teresa
sugar, spice and whatever's nice

I like the way you think, Corey! That charming dollhouse was meant for you and obviously Inspector Otis thinks so too! I can't wait to see how you spruce it up!

Well, I just think I need to thank you for sharing this obsession with us. I always said I would not begin doll housing, and here I am! Oh boy, too much fun! Cute kitty!

Just like Patti, I'm glad you love sharing your obsession with all of us. It also helps me feel less guilty for all the dollhouses I bring home from estate sales. I can't wait to see it's transformation and I'm glad Otis has a career in home inspections.

I have a dollhouse on a coffee table in our living room too! Lol! I'm in the process of rearranging my craft/dollhouse room right now.